Building on a Solid Basis 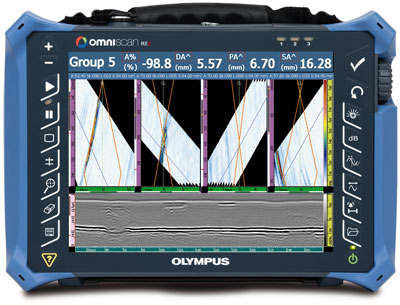 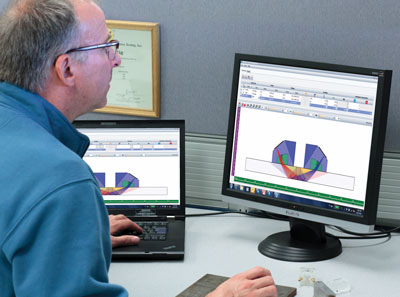 This software presents multiple features for easy, fast, and comprehensive inspection strategy elaboration that can directly be imported in the OmniScan MX2 The most efficient way to create a setup is to perform the simulation in NDT SetupBuilder, and import it directly to the OmniScan. Afterward, only a few operations such as gate and range settings, are required in the OmniScan prior to starting the acquisition. However, with its automatic probe recognition capability the OmniScan MX2 can also be used to create a complete setup using the following features: 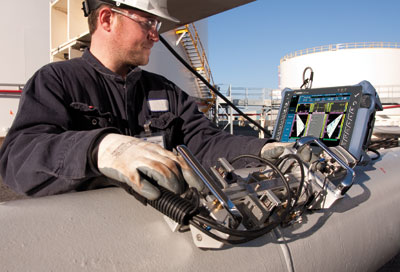 Thanks to its new partners, NDT SetupBuilder and OmniPC, the OmniScan MX2 can be used to perform all steps required for the inspection directly on its large touch screen or be dedicated to calibration and acquisition tasks.

The Calibration Wizard ensures that every focal law in every group is the direct equivalent of a single-channel conventional flaw detector for compliance to codes. The user is guided step-by-step through Velocity, Wedge Delay, Sensitivity, TCG, DAC, AWS, and encoder calibrations. TOFD PCS calibration and lateral wave straightening can now be performed automatically

The OmniScan MX2 enables easy configuration of inspection parameters for either manual, or one-line, raster, or helicoidal encoded scans. The acquisition is displayed in real time and offers the ability to rewrite data that can be stored within full A-scans, S-scans, and/or C-scans on a hot-swappable SD card or USB 2.0 device 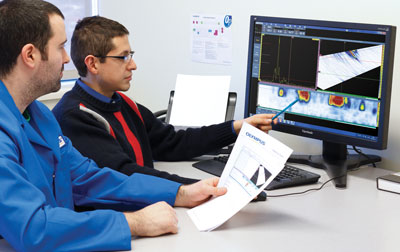 OmniPC is a new software program that benefits form the same user interface and analysis and reporting features as the OmniScan with the added flexibility to be run on a personal computer.

With OmniPC, the OmniScan unit can now be used strictly for scanning while analysis is performed simultaneously on a personal computer. This software can also be used in conjunction with extra large screens for increased visibility, and with keyboard shortcuts for faster operations.

The OmniScan MX2 and OmniPC can both be used to generate reports with an indication table listing up to eight readings, such as amplitude, position, and size of the defects. The report can also be customized with additional readings and comments specific to each indication, and can be saved as an HTML document. RayTracing tools allow the indication positions to be represented on the weld profile. High-resolution images can be inserted along with all relevant inspection parameters

The OmniScan MX2 is an important part of your inspection solution, and can be combined with other critical components to form a complete inspection system. Olympus offers a complete product range that includes phased array probes, scanners, analysis software, and accessories, all of which are integrated and packaged into rapidly deployable, application-specific solutions for quick returns on your investment. In addition, Olympus offers a high-quality calibration and repair service worldwide, that is backed by a team of phased array application experts to ensure that you get the support you need. 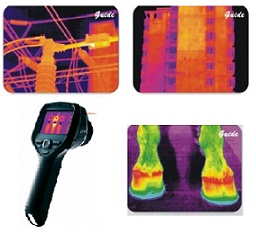 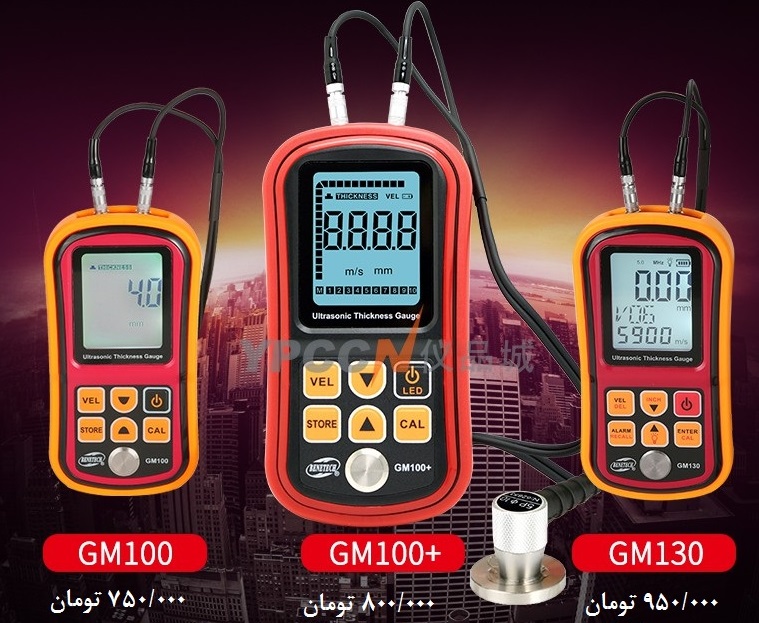 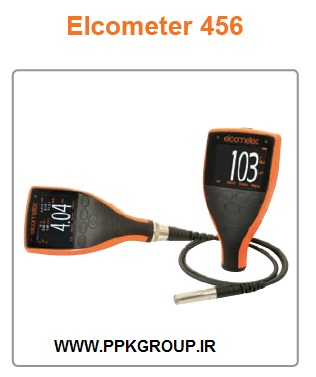 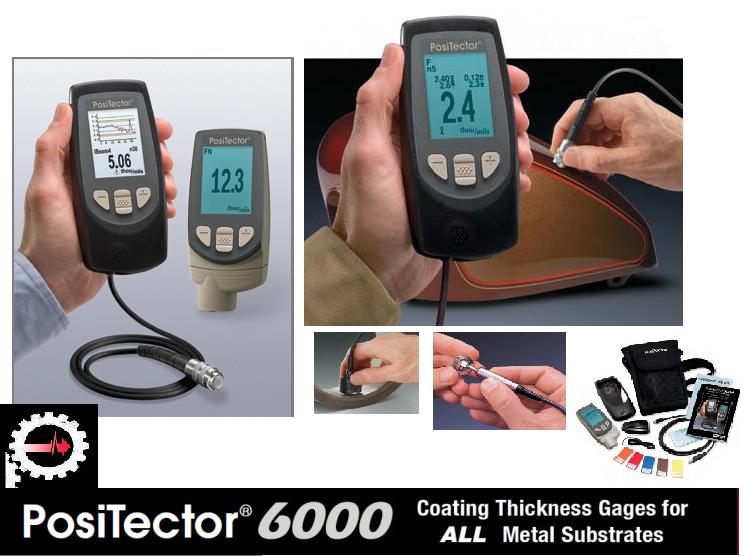